The main Facebook updates that you cannot miss / December 2019 edition We love it, we hate it. We quarreled with him, we became friends. This is always our relationship with Mark Zuckerberg; full of good moments and others not so many. But there is no doubt that good things always come out of this relationship.

The year ending has been a rare year for advertising and marketing on Facebook, where the focus has been post on the issues of transparency and privacy of information. However, throughout all these months Facebook has made us available interesting and new functionalities, such as the “Creator Studio”, the business functions for Messenger and the function expansion Stories.

But as if that weren’t enough, Facebook has prepared another set of updates for the remainder of the year and the beginning of the new. Could it be that the best has been saved?

The Advertisers can now control the placement for their ads.

From the problems that brands had years ago in Youtube, in that their ads were shown in videos with hateful or violent content, there has been concern among advertisers to protect their brands when advertising.

In In this sense, Facebook has added to its block lists for categories and publishers selected, the possibility of creating “whitelists” of publishers, in addition to block lists; which will help advertisers appear in the locations where they get the most benefit.

Also, it will be possible to control at the account level in Business and Ad Manager so each page can create its own lists.

Surely, after reading this, we have returned to hate Facebook. But don’t panic that Facebook hasn’t provided more yet information about it. Also, hopefully this is to level the firepower between large companies and media, and smaller advertisers.

This is definitely not something new for those who also use Google Ads. But it is on Facebook. It is an advance on the functionality of A / B since it allows to use different versions of text, titles and descriptions in order to test several versions of the same ad.

All someone who spends many hours managing Facebook campaigns, at some point have looked for third-party tools for automation in either the creation and optimization of your campaigns.

The objective here is to give the possibility of creating increasingly personalized ads. To do this, Facebook will use its billions of terabytes of information and algorithms to show relevant users the most relevant ads.

Three new tools have been available for fundraising campaigns very recently. And this is something that Facebook likes and rewards you with a good post on brand reputation.

Since its launch, the tool has been improving. This time with a new function to carry out different analyzes on the origin of the traffic, being able to know exactly where the video reproductions come from and how much time users spend watching.

Creator Studio also adds the possibility of creating Instagram posts with multiple images on the desktop.

With all these changes, Facebook continues to show its strong commitment to its advertisers, and leaves us with no doubts about a 2020 that It will also come with tons of new features and tools. 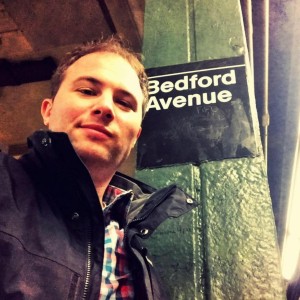