During a new year of the World Travel Market fair in London, the holding the fifth edition of the ‘ Best of Social Media 2019 ‘ contest with the aim of selecting the best tourism marketing campaigns on social networks.

Steve Keenan, one of the organizers of the contest, has stated that for the development of the contest they have been based on An exhaustive investigation that involves the analysis of dozens of tourism promotion campaigns adapted to digital platforms . & nbsp; In turn, in this way the most innovative ideas and new trends in the promotion of tourism are recognized and rewarded . For Steve, the analysis on how the budgets of each one fit in the objectives that are presented is also key. The first prize and highest recognition went to Michigan, United States , from a campaign that included the creation of a musical album. The director of tourism of the place stressed that a good option for tourism promotion would have been to show the most attractive images and videos that visitors can find there. But they assume that ‘that is already done by everyone, we wanted to differentiate ourselves’.

In effect, Michigan boasts the presence of four great lakes and imposing natural parks, among others. For this reason, they took on the challenge of creating the album “Pure Sounds of Michigan” , a compilation of natural sounds captured and combined with musical creations by local composers. Users can download this proposal from Amazon Music, Spotity, Sound Club, Google Play and Apple Music. So far 4.2 million impressions have been reached , as well as some 315,000 downloads and streaming reproductions of the album. In turn, was positioned within the top 10 of the most listened to new age music.

Next, you can find the other finalists of the contest:

“Discover Vienna, not #Vienna” (‘See Vienna, not #Vienna’) , so read the message of the slogan used in the campaign led by the Vienna tourist office. The main objective of this proposal was to invite visitors to a ‘digital detox’ to get to know and rediscover the city in a better way.

The campaign circulated through various media and digital platforms. In addition, Vienna employed traditional means of promotion, such as a van driving past the headquarters of California tech companies.

The campaign that this Danish archipelago located in the North Atlantic has proposed and carried out has surprised many. The objective was, curiously, to develop a tourism promotion campaign to close the islands to tourism. & Nbsp; The campaign message aimed to preserve the islands, which is why they decided to temporarily close during the last week of April. The mission would be to carry out ‘maintenance work’.

However, the trick was to take advantage of this period to open the islands to volunteers who wanted to help the inhabitants to carry out different works of preservation of natural heritage, trails, among others. In this way, the Faroe Islands began to get an excellent promotion for the months of next summer, since at least 500 volunteers have mobilized questioned by the awareness that the campaign aspired.

The Hebrides, located off the west coast of Scotland, sought to ally with the Caledonian MacBrayne ferry company , in order to carry out a joint tourism promotion campaign. With the motto of #SeaUistSoon , allusive to the North Uist and South Uist islands, they planned and developed a map on Instagram with the favorite destinations chosen by the neighbors. After that, they created laminated maps to be used in any typical weather condition of the islands.

In this way, the Scottish islands took into account that, with a limited budget, the intervention was essential of the neighbors , since there are at least 5,000 inhabitants distributed among the three islands. The campaign reached 650,000 impressions (organic reach, unpaid) and ran for seven months. “ Now the idea is to replicate this campaign on other islands where the ferries arrive “.

Those responsible for tourism in New Zealand affirmed that the origin of the campaign “began when we saw that we were not on a world map from Starbucks coffee shops or many others “… Was there a conspiracy to erase this country?

New Zealand has implemented the #GetNZOnTheMap campaign, under a proposal to convene through social networks For the inhabitants to share their own experiences about similar situations. & nbsp; As a matter of color, celebrities such as the musician Ed Sheeran and the film director Peter Jackson participated in the campaign (“The Lord of the rings”). In addition, a “middle earth map” was created showing how to get to New Zealand. In this way, the juries that analyzed the destinations participating in the competition affirmed that New Zealand knew how to activate the national pride of New Zealanders.

During 2018, Portugal received the visit of more than six million British tourists. Indeed, the United Kingdom is the main source market for this destination. Even so, the uncertainty about Brexit represents a challenge to face in what was the promotion of tourism. In this way, the Portuguese Tourism Office developed the #Brelcome campaign to counteract the effects of the political event. 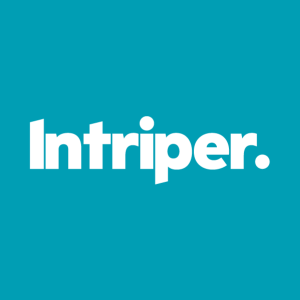